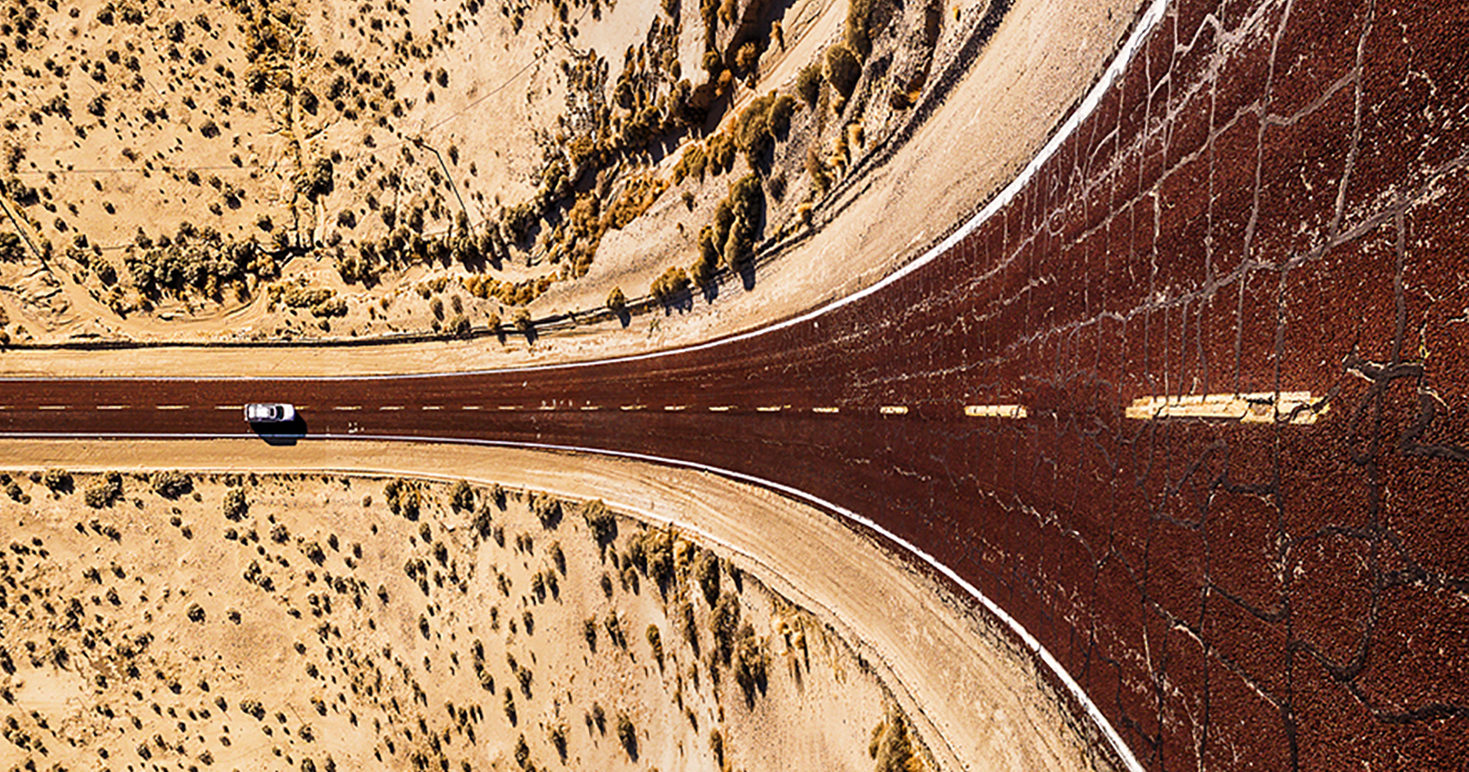 Pity the poor rancher who finds himself trapped in an Aydın Büyüktaş photo. There he is in his pickup, cruising along a flat Texas road with nothing but cows and cacti for miles around. The perspective shifts, he feels a tickle in his stomach, and suddenly he’s plunging down the first big drop on a rollercoaster.

Büyüktaş uses a drone, 3-D rendering, and Photoshop to create a warped view of the world in Flatlands II. He pulled the same trick two years ago, turning his hometown of Istanbul into a mind-bending world that brought to mind the work of M.C. Escher. This time, he focused on the American Southwest. “The area is like heaven for a photographer,” he says.

Büyüktaş always found the endless highways, vast spaces, and abandoned industry of the Southwest mesmerizing. Before making his first trip the US, he spent two months exploring the country with Google Maps and plotting shots, then flew to Houston in November.

He rented a Jeep and hit the road, meandering 12,000 miles through five states. He avoided major highways, sticking to deserted two-lane roads leading to the big cities of west Texas, New Mexico, Arizona, Nevada, and Southern California. He rarely saw anyone beyond the fellow travelers he’d see at lunch or whatever lonely motel he found at the end of the road each night. That said, he did see more dead armadillos and skunks than he could count. “I’ve driven over 300,000 miles around Turkey and never seen that much roadkill.”

This being his second trip, Büyüktaş has his photographic technique down. Before leaving Turkey, he rendered each location in three dimensions using drafting software. This helped determine the shots needed to create the curvature you see in his photos. Upon arriving at the site, Büyüktaş deployed two drones—registered with the FAA, or course—to take the photos. Büyüktaş won’t say how many photos he stitches together to create each image, but says it takes hours in Photoshop. The result is an utterly unfamiliar look at a familiar sight.
Source